Interest from UK citizens in the Portuguese property market is on ice because of uncertainties around Brexit.

However, there is an uptick in demand for homes from young British professionals attracted to Portugal to work and live.

According to an article published in Jornal Económico, “British citizens have always had a special interest in buying homes in Portugal, particularly in the Algarve region and despite the growing interest from other nationalities via the Golden Visa programme, the UK is still one of the main markets for property in Portugal”.

However, decisions to buy are currently on ice because of Brexit.

Christina Hippisley, Managing Director of the Portuguese Chamber of Commerce in London told Diário Imobiliário that once details over Brexit have been clarified and uncertainties have been cleared up over the form in which Brexit will happen, “I believe that traditional home buyers in Portugal will return to the market since interest from British buyers has remained high.”

Over 2,600 visitors at the Chamber’s Moving to Portugal presentations both in Portugal and the UK over the past 18 months have reinforced this interest but many are awaiting the final result of the Brexit negotiations before proceeding to buy” says Hippisley.

She also says that demand for property in Portugal from the British over 55s has always remained constant. “They have always been attracted by a great combination of lifestyle, sun, beaches and a lower cost of living.”

In the last four years the Chamber has seen an uptick in the number of young British professionals wanting to buy in Portugal with for an investment or for business reasons. 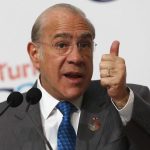 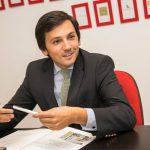