EasyJet has announced that it will operate flights between Porto and Malaga from April 2 in the season to 26 October.

“The company will be the first to operate the Porto-Malaga route with four direct flights per week using its larger A320 airbuses; a strategy by the airline to greater capacity” states easyJet in a communiqué.

The flights between Porto and Malaga will run on Tuesdays, Wednesdays, Thursdays and Saturdays and bookings are already being taken with prices starting from €28.34 return on bookings from two persons.

“We’re very pleased to announce an increase in our services from Porto, a route that we believe will be a great success. This is the third new route that we have launched this year in Porto. Portugal is and will continue to be a strategic country for EasyJet which is why we will continue to invest in this market with an offer that meets the requirements of the Portuguese,” says José Lopes, Director of easyJet Portugal.

The Porto-Malaga route is the fifth launched by easyJet this year after Faro-Manchester, Porto-Nice, Porto-Bordeaux, Lisbon-Manchester from a total of 18 routes from Portugal’s second city. 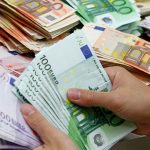 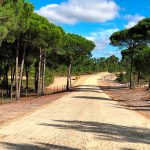