The energy company led by Manso Neto and part of the Portuguese electricity giant Energias de Portugal which is part-owned by the Chinese energy company Three Gorges, will share some of its profits in the form of dividends of 7 cents per share to shareholders.

EDP Renewables enjoyed its most profitable period in the fourth quarter of 2017 when it raked in €111 million which dropped down to €45 million in the second quarter of 2018.

The EBITDA was €1.3 million, a fall of 5% on 2017 “due to the impact of discontinuities in revenues, exchange rates and fewer eolic resources.”

Explaining the growth of net receipts, despite financial results falling €220 million (against €302 million in 2017, the company cited the stable evolution of net financial interest (€139 million), together with lower costs through institutional partnerships and gains derived from its sell down strategy from positions in offshore projects (€87 million).

“The results presented, which include a growth in net profits of 14%, reflect the company’s solid financial management, which benefitted from a stable intern-annual performance in net interest costs, a reduction in expenses from institutional partnerships and profits from selling off participations in offshore projects”m says Manso Neto.

EDP Renewables is a global leader in the renewable energy sector and one of the world’s largest wind energy producers, through its fully owned subsidiary EDP Renewables North America LLC, it this month signed a major Build and Transfer Agreement with the Northern Indiana Public Service Company LLC.

The agreement enables the development and construction of EDPR’s 102 MW Rosewater Wind Farm in the US State of Indiana, which is expected to come online by 2020, when the Build and Transfer Agreement would be completed.

With this new contract, EDPR has now secured 1.1GW of wind energy agreements in the US for projects to be installed in 2019 and 2020. 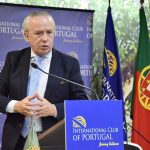 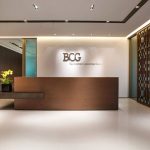 Digital economy 4.6% of GDPNews
This website uses cookies for a better browsing experience, in continuing browsing you're accepting their use. Read More