Portugal’s growth is a joke says leader of new party

Pedro Santana Lopes, who was briefly a prime minister of Portugal between 2004 and 2005 and one-time mayor of Lisbon between 2012 and 2014, slammed claims by the Government that Portugal’s economy and GDP was closing the gap with its European Union partners.

Speaking at a lunch organised by the International Club of Portugal in Lisbon on Tuesday, the colourful and controversial politician said that given the fact Portugal was still relying on EU handouts (social and economic cohesion funds) which so far had totalled €130Bn since joining in 1986, he asked “are we even in approaching the average in terms of growth with our European partners, I don’t think so. Why do some newer members in Eastern Europe enjoy growth rates of 4% and we’re still lagging behind at 2%. Have we achieved convergence? We haven’t so we need to look further,” he said.

“Why are we constantly and successively overtaken by other states and countries economically? That is the fact!” and added that it didn’t make sense at insisting that all EU member states reach the same economic level at the same time. “Our economy cannot withstand that competition with others in terms of capacity,” he said.

“Slovakia, Poland and Romania are overtaking us and we’re trying to keep up at the cost of our citizens and ironically it is the left that has allowed this to happen,” he added.

He said that Portugal’s national health service was falling apart at seams and asked what kind of country was it where you had to wait for a year for a heart operation. “Only one-half of the population pays IRS, the taxes are high and service is worse.”

The lawyer who has been a parliamentary deputy since the 1980s and headed Portugal’s oldest and most respected charitable institution Santa Casa da Misericórdia from 2012 until 2017 and once famously said: “Dogmatism and orthodoxies never did anyone any good,” also tore into the current Socialist PS government’s precarious and unnatural alliance with the far-left party Bloco Esquerda and the Portuguese Communist Party (PCP).

“The country cannot continue to be governed by communists and the extreme left fringe. The far left must not continue in power for the economic good of the country” he stressed.

In August 2018 Pedro Santana Lopes announced his resignation from the centre-right PSD party after failing to win a bitter and fiercely-fought leadership battle for that deeply divided party and founded a new party Aliança which was formerly registered in October 2018.

The new party has been defined as based on the individual, liberal and inclusive. While European, it believes the EU is in crisis and needs reforming and contests what it calls the dogmas and macroeconomic policies currently pursued in Brussels. 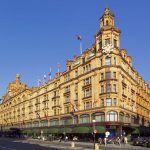 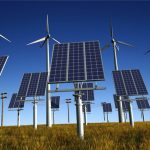 EDP Renewables makes €300 millionEnergy, News
This website uses cookies for a better browsing experience, in continuing browsing you're accepting their use. Read More