Portugal’s largest tourism industry and holidays sector fair BTL – Bolsa de Turismo de Lisboa – starts on Wednesday in what the organisers are heralding as the “ biggest fair event yet.”

Spread over all four pavilions, the fair will run from 13 to 17 March at the Feira Internacional de Lisboa (FIL), in the city’s Parque das Nações.

The event is dedicated to tourism sector professionals in the first two days and will open to the general public on Friday from 5pm.

As has already been announced, BTL will once again occupy, as it has for the past five years, all four pavilions at the trade fair centre.

Fair director Fátima Vila Maior said the pavilions will be packed with companies and “I can confidently say that this year we will hit a record in terms of companies, entities and organisations.”

“We’re really pleased. The growth in this fair has primarily to do with the presence of specific sectors such as regional tourism promotion entities, companies focusing on adventure activities and entertainments and local and regional municipal authorities,” she said.

The director added that this year will feature areas previously not worked such as the new offer BTL Cultural and BTL Lab which has to do with new tourism sector formats using digital technology and introduced last year.

“We’re really pleased that after several years, we have got a BTL which has not only exceeded our expectations in terms of renting space but is also the largest BTL ever,” stresses Fátima Vila Maior.

The BTL director said it was “interesting” too that increasingly BTL was attracting “companies linked to the tourism sector that were not necessarily from the transport and accommodation segments but from a “wide variety of areas, particularly those which design a tourism offer package.”

An example of this is the “museums area” which until this edition, “the vast majority of museums and cultural heritage which usually are integrated within a regional area but for the first time are representing themselves as an entities in their own right and with their own programme offer.”

Another growth area is entertainment tourism which “are increasingly producing their own content since tourists when they head for the interior of the country have other choices to explore such as nautical sports and ecotourism.”
Fátima Maior says that between 13 and 14 of March they will again run their ‘hosted buyers programme,’ which has attracted around 200 to 300 international tour operators to discover what Portugal has on offer while at the weekend, between 15 and 17 March there will be a Jobs Fair with “over 10,000 jobs in the tourism area.” 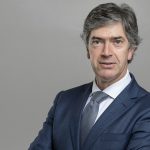 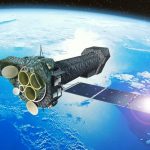 Portugal to open space agency in the AzoresNews
This website uses cookies for a better browsing experience, in continuing browsing you're accepting their use. Read More