Portugal to open space agency in the Azores

Portugal is to open its own space agency on the island of Santa Maria in the Azores which could support European cooperation on climate change.

Portugal Space will be an independent non-profit organisation part-created by the Portuguese Science and Technology Foundation.

The role of the new space agency will be to develop Portugal’s space sector by promoting, developing and executing Portugal’s national strategy for space, incentivising and managing the development of infrastructures and initiating national space programmes.

It will also be tasked with raising investment, creating qualified employment and providing services linked to space science and technology as well as stimulating scientific and technological knowhow and the capacity of national companies in the space sector.

The Portuguese space agency can integrate as partners any other public entities whose activities are directly or indirectly related with its own ends.

In the document Space 2030, the development of technologies associated with or derived from space were recognised by the Portuguese Government in 2018 as a national driver and an imperative for the promotion of Portugal’s social and economic progress and for international security.

Because of its location in the Atlantic, the Azores Island of Santa Maria is seen as having a particularly suitable geo-strategic position for the installation and operation of a space infrastructure and agency, particularly for launching satellites.

With the new space agency, Portugal intends to reinforce its contribution in a European context which, for example, has a satellite production industry that accounts for around 33% of the world market, and which has a large number of SMEs committed to the development of diversified end-user services, thus establishing a link between the space sector, with a large number of players, and other sectors, in a movement called “New Space”.

The project aims to promote economic growth and the creation of skilled jobs in Portugal by promoting space-related markets, namely through market uptake and exploitation of satellite data and signals cutting across multiple activity sectors and addressing societal challenges, including in agriculture, fisheries; in monitoring infrastructures, in urban development, in defence and home security, and in the public health sector.

It also aims to foster the generation of satellite data through new space technologies and space-related infrastructures in Portugal, leveraging international scientific and technological cooperation and turning Portugal into a stronger player in the space sector, with emphasis on new space industries (i.e., “New Space”). 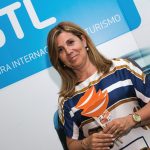 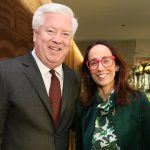 AmCham president tipped for Galp boardNews
This website uses cookies for a better browsing experience, in continuing browsing you're accepting their use. Read More