Lloyds Banking Group faced shareholder unrest after a staff group at the bank criticised the pension package awarded for its Portuguese CEO António Horta-Osorio.
The Times newspaper cited a letter sent to the asset-management industry group the Investment Association.
The staff group called Affinity stated that Horta-Osorio was the only employee still entitled to a pension based in his final salary and his arrangements may break IA guidelines on excessive pensions.
The new guidelines were intended to align the interests of the company with their staff.
Affinty, which represents 20,000 employees, criticised the bank’s pension policy with discontent threatening to erupt at Lloyd’s annual general meeting on 16 May.
The criticism was because Horta-Osorio had scrapped pensions based on final salaries for everyone on the bank — except himself.
The Portuguese banker was the only person entitled to the benefit with his arrangement dating back to a pension he forfeited when he joined the bank from Santander in 2011.
He also receives payments in lieu of pension contributions which the bank has said this year will fall from 46% of his salary to 33%.Lloyds said the change will reduce the pension contribution from £573,000 to £419,000.
The bank has since stated that the CEO will now no longer have his pension based on his last salary. 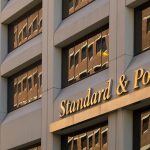 Portugal saves €1.2B in interest from ratings agency rate riseNews 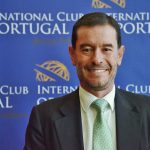 TAP losses exceeded €100 million in 2018News
This website uses cookies for a better browsing experience, in continuing browsing you're accepting their use. Read More