Portugal’s national carrier TAP has registered losses of €100 million for 2018 according to an anonymous source cited by the online news source ECO Online.
The source said that the results will be approved at a board meeting on Thursday (21 March) which will be followed by a press conference in the coming days to explain the unexpected losses.
At a lunch given by the International Club of Portugal on Friday, the airline’s CEO Miguel Frasquilho admitted to around 150 leading business figures that “TAP’s results had been disappointing.”
Yet despite news of the losses passenger numbers have consistently increased from 9.1 million in 2010 to 15.8 million in 2018.
Frasquilho said at the lunch that “2018 was not a good year either in operation terms or profits” and blamed the results on delays and consequent compensation paid out to passengers as well as the rise in fuel prices and the strengthening in the value of the kwanza (Angola) and real (Brazil).
According to the anonymous source, the results will be presented at the conference in the presence of all the board directors (executive and non-executive).
The objective will be to show that there are no divisions with Atlantic Gateway, the private consortium that has a 45% share in TAP and is headed by David Neeleman.
Yet in Brazil in an interview with ‘É Dinheiro’ TAP’s executive president Antonoaldo Neves said that last year “TAP recorded profits of €100 million, the first positive result in almost 20 years of consecutive losses.” 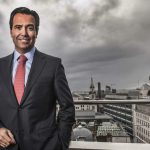 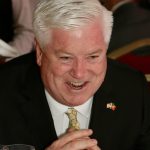 Portugal stands firm over Huawei despite US pressureNews
This website uses cookies for a better browsing experience, in continuing browsing you're accepting their use. Read More