Constant innovation, a focus on niche markets and meeting the demands of a consumer market increasingly concerned by natural products sourced from sustainable producers are the key to success in a digital market says Antoni Valls, CEO of Alimentaria.

Digitalisation and IT innovation are among the challenges facing food producers and retailers today in a highly competitive market according to Antoni Valls, CEO of Alimentaria Exhibitions who is in Lisbon this week for the 15th annual food, beverage and hospitality fair Alimentaria 2019 at Feira Internacional de Lisboa (FIL) at the city’s Parque das Nações.

Alimentaria & Horexpo Lisboa opened on Sunday with 600 exhibitors covering 22,000 m2 of exhibition space with around half of the companies exhibiting for the first time and a 32% increase in Spanish companies.

All told, 48% of companies come from the food and beverages sector, while 32% represent equipment, products and services for the hotels, restaurants, cafeteria, patisserie and coffee shop sectors. A further 20% is made up of companies that manufacture food industry machinery and equipment.

This year the food and beverage fair has three new areas, one being for Health Nutrition and Wellbeing featuring company brands positioned at the health-food market; a theme devised in line with the National Plan for Healthy Food Promotion.

Alimentaria LAB, which focuses on innovation and research in the food industry, will unveil products, services and technology from universities, startups and entrepreneurs over the three-day event.

This year’s fair will also present new approaches to challenges facing companies in the food industry sector including the sub-sectors of hospitality and catering, exploring the hotels and restaurants of the future as well as sustainable, healthy and innovative foods.

The holding brand Alimentaria is based in Barcelona where in 2020 it will host its next fair for the food and beverage industry, but it has successfully exported the brand worldwide to Latin America and has become the third most important food and beverage sector fair in the world.

In Mexico, after 14 years in the market, it is now the leader in what has become one of the biggest fairs of its kind in South America. There Alimentaria has partnered with a player on the ground to explore a sector worth 4% of the country’s GDP.

“What we’ve tried to do, and with some success, is clone the main event in Barcelona in other markets like Portugal where we’ve been for 20 years,” he says.

In terms of the balance of payments between Spanish food sector exports to Portugal and vice-versa, the balance is clearly in Spain’s favour (mostly fish, olive oil, meat and dairy products). “We are really penetrating the Portuguese market in some niche areas such as smoked and cured meats, gourmet delicatessen products and herbs and spices,” Valls explains.

The volume of food exports to Portugal has enjoyed growth of between 9% and 11% since the end of the economic crisis in 2015, with the total value of exports at €4-4.5Bn per annum, while in terms of Portuguese exports to Spain the market is worth €1.5Bn.

“In the 20 years I’ve been dealing with this market I’ve noticed a big change. For starters, the Portuguese market has become more sophisticated, the economy is recovering in the food industry in Portugal meaning its value chain.

“Both the consumer and hospitality market is really growing, the success is obvious and the sector is booming and that provides opportunities for domestic producers,” says Valls.

But he believes that the Portuguese food sector has to be viewed not in terms of volume – Portugal is a small country and 90% of its companies are small or micro-companies — but rather selling itself on the quality of its foodstuffs and at a very competitive prices.

“It’s not so easy for Portuguese companies to sell foodstuffs in Spain because of the competition. The products are, in many ways, similar to the delicatessen products available in Spain, but Portuguese wines, which are excellent quality and reasonably priced, are highly competitive,” admits Valls.

But there are those, and Valls isn’t necessarily one of them, who admit that the problem undermining Portugal’s foodstuffs industry is not so much promotion and marketing, or even a lack of scale. It is rather the seeming inability to develop a cooperativism and work together at producer level to promote the industry as a whole.

“The Portuguese, and to a lesser extent, the Spanish need to follow the example of the Italians who are expert marketeers although the Portuguese are doing this marketing much better than before,” says Valls stressing the importance of knowing how to reach international markets and here Portugal has a problem in terms of scale and large volumes.

There is also the question of over-reliance on the Eurozone markets where over 60% of exports are to the EU when markets such as the United States offer great potential and is receptive, not to mention markets such as Asia, the Far East and China.

And the big trends for the future in the Iberian food and beverage industry? These are very clear for Valls. When referring to retailers and big distribution, which has become very concentrated, one is digital transformation.

“Digital will become the big revolution in the next five to 10 years,” he says. At a consumer level, these are the tablets and iPads mounted in enclosures on every table and so-called digital dining and touch-screen table-top menus.

“We have to be very aware online and in terms of consumer data bases and home delivery given that other big players like Amazon and Google are in the sector. There is going to be a huge disruption in traditional models,” he explains.

The second challenge is the hospitality channel which is still very fragmented and high volume — meaning hotels, restaurants, establishments, airport, military and school catering (social collectives) which is changing and offers a huge market.

Finally, the niche market where small fish can be very successful in small ponds within large territories. The big markets are not just open to large international companies. The small companies that offer quality products that are different can find their niche too overseas” concludes Valls. The key here, though, is for several small producers to leverage scale through joint marketing campaigns and by working together for the common good. 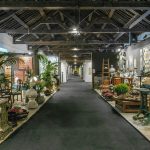 The revamping of Lisbon Art and Antiques FairEvents 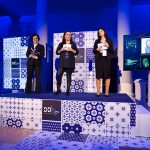 SDO and the Power of ImperfectionEvents, News
This website uses cookies for a better browsing experience, in continuing browsing you're accepting their use. Read More