Portugal and Turkey can partner in Africa says Turkish ambassador

Turkey’s economy is in recession, the Turkish lira is plunging and the country is trying to stave off an IMF bailout. But for venture capital and property investors it might soon be the right time to enter the market. Turkey’s ambassador to Portugal Lale Ulker is optimistic and certainly sees opportunities for Portuguese partnerships in Angola and Mozambique.

The new ambassador to Portugal may be somewhat biased, but she is not the only one to think that now is the right time to invest in Turkey, a member of NATO and with long-standing economic ties with the EU.
Turkish investors, attracted by Portugal’s security, are now the third largest group of leading nationalities to take advantage of the Government’s Authorisation for Residency by Investment scheme, the Golden Visa or ARI with applicants tripling in 2018 with 264 visas issued.
And according to data from the Portuguese border and immigration service (SEF), to August 2018 Turkish investment in Portugal through the scheme raked in a total of €144.1 million.
With investments come more Turkish citizens. In just five years, according to SEF, the Turkish population in Portugal has grown 40% with 743 Turks registered compared to just 537 in 2012.
Turkish businessmen are settling along the coast and interior of Portugal, involved in sectors ranging from cement and nuts, but also luxury items, industry, agriculture, services, tourism and the restaurant sector.
“They are very discreet in the way they do business. They like to keep a low profile but are assertive and attracted to Portugal as a safe, modern and welcoming country with a favourable investment climate” says João Pestana Dias, President of The Trade Connection Portuguese Turkish Network which organised a networking event on Wednesday in Lisbon at which the Turkish ambassador Lale Ulker outlined possibilities of partnerships between Portuguese and Turkish companies, especially in Portuguese-speaking Africa.
Considering the meeting as a “sign of the resolution of both sides to cooperate in commercial areas,” Lale Ulker said that in recent years the Turkish economy had been tested on various occasions, but that it had proved “resilient to economic shocks”.

A growing economy
After the global crisis in 2008, the Turkish economy grew by 6-8% on average, in 2018, after China and India, Turkey is now the third fastest growing country in the G20. Turkey’s deficit to GDP is below the Eurozone average.
And Turkey has just activated a new economic development programme based on three core pillars: secularisation, discipline and transformation, placing emphasis on a dynamic private sector and a strong human capital based on a young population.
The Government has set the following targets for the next four years: 5% growth rate, 6% inflation rate, US$926Bn in GDP and a 10.8% unemployment rate.
Outlining Turkey’s impressive growth performance and structural reforms implemented over the past decade, Turkey was in 2017, according to EY’s Attractiveness Survey, the 7th most popular FDI destination in Europe, up three places from 2016.
The country was home to 229 projects, up 66% year-on-year, and enjoyed a 3% share in all FDI projects across Europe. Today, the EU is Turkey’s biggest export market accounting for 53% of all exports worldwide and 36% of her imports.
Up until 2002, total FDI into Turkey stood at only US$15Bn, while since the country has attracted around US$193Bn of FDI between 2003-2017. Its deficit has fallen from 4.6% to 2.6%.
Exports worldwide in 2018 stood at US$168Bn, while tourism revenues rose to US$30Bn. Turkey is also the biggest foreign investment destination country in its region. Since 2002, investment stood at US$195Bn and in 2018 the figure was US$13.2Bn. “This is another good sign at the health of our economy,” says the ambassador.
Turkey receives FDI from 74 countries from all continents, 66% from central and western Europe. The finance and manufacturing sectors have attracted the highest investment with 58,000 foreign firms operating in Turkey, many enjoying generous tax breaks and the benefits of the customs union with the EU.

Portuguese trade — room for improvement
There is room for improvement, however, when it comes to bi-lateral trade relations between Turkey and Portugal. Exports from Portugal to Turkey stand at €665 million (+15% on 2017) while imports from Turkey have shot up from €557 million to €752 million for the same period — a clear imbalance.
Turkey as a client of Portugal comes in 17th position in the international ranking (worth just 0.70% of export share) while Turkey as a supplier to Portugal has risen from 19th place in 2013 to 12th place in 2018 with Turkish exports to Portugal representing 1.2% of the Turkish economy — substantial when taking into account Portugal’s size.
As for the number of Portuguese economic entities operating in or exporting to Turkey, these account for 784 (2017) these have increased around 150% since 2013. Exports include paper products, machinery and devices, textiles, chemicals, cars, agricultural products, cork, clothing and footwear among others.
“I think the trade contact has already began to contribute towards our bi-lateral relations and that both the Portuguese and Turkish business community are ready to strengthen and diversify their business activities in the two countries,” says the ambassador.
One of the more recent Turkish investments in Portugal was in the hotel sector. In Lisbon, close to the Pantheon and the Lisbon flea market Feria da Ladra attracted €2 million of investment in a club house, restaurant and the Casa dell’Arte Club.
In 2015 Terzihan opened a luxury jewellery shop in Lisbon’s upmarket Avenida da Liberdade, while IT company CoVii – Computer Vision Interaction, in Vila Nova de Gaia, was part bought by the Koç/Arçelil Group linked to consumer electronics. Today it is developing software for innovative products for subsidiaries of the group which owns brands such as Grundig.
“From the number of companies that are operating in Turkey and the increase in Foreign Direct Investment, people are coming and investing in Turkey. This means that if they are coming from France, the UK, the United States, Russia and other European countries and they are operating safely and securely in Turkey, it means that Portuguese business people too can also hope to conduct business in a secure environment. We are ready to give assistance to any Portuguese business who would like to invest in Turkey and we have so many multinationals in our country and let me say that no one is leaving Turkey,” says Lale Ulker.

Tourism
In 2018, 46 million people visited Turkey. In 2019 the number of tourists expected to visit based on bookings should increase by 15% with the Turkish Minister of Culture and Tourism Mehmet Nuri Ersoy saying that the country’s strategy is to aim for highly qualified tourists who can appreciate Turkey’s long artistic and historical tradition.
Tourism revenue in Portugal from Turkish citizens has certainly shot up too since 2013 with receipts increasing from €6.8 million then, to €41 million in 2018.

Strategy Africa
Turkey, like China, sees Africa as a strategic economic priority. As such, it has doubled the number of embassies to 42 while its development and economic agencies are very active in African countries. Turkish Airlines flies to 52 destinations on the continent.
“We are very proud of Turkish business and our companies in the Middle East, Africa and Central Asia. Before the first Gulf War, Turkish companies were very active in both the Middle East and North Africa (Libya and Algeria) and the Middle East (Iraq, Syria and Lebanon).
After the collapse of the Soviet Union, Turkish companies began moving into the Caucasus central Asian republics like Kazakhstan (where 75% of the new capital Astana was built by Turkish companies). These construction companies and were very successful, in Baku, Azerbaijan and Georgia too and have a big footprint in Mozambique, Tanzania and Iraq.
“We may not be such good sailors as the Portuguese, but we are good at going back to our roots, including Africa,” says Ambassador Ulker.
Currently, Turkey has Observer Status on the Council for the Community of Portuguese-speaking Countries and we believe that we could do something with Portuguese companies in Portuguese-speaking Africa. There is a comparative advantage for Portuguese companies operating in Angola which could be allied to the extensive international experience of Turkish companies so we perhaps can join forces”, suggests Lale Ulker.
For Portuguese companies, Turkey can act as a gateway to the Middle East and Central Asia, a natural bridge between east and west and a market of 1.6Bn customers. By 2023 the Turkish Government aims to make Istanbul one of the top 10 financial centres in the world. There are 1000 Turkish companies on the Istambul Stock Exchange while the construction phase of Istanbul’s new US$2.6Bn financial centre on the south side of the Bosphorus is now underway.
“With the positive business environment in both Turkey and Portugal, I believe that both Portuguese and Turkish companies could further benefit from the commercial and investment opportunities that are currently on offer, yet compared to other south European countries, the trade relations between the two are relatively modest but there are many reasons to be optimistic for the future,” concludes Ambassador Lale Ulker. 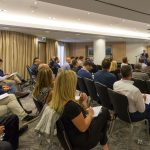 Investment incentives in the real estate and tourism sectorInvestment, News 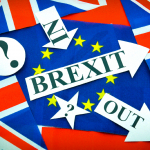 Brexit brings 22 British companies to Portugal – without even happening!Investment
This website uses cookies for a better browsing experience, in continuing browsing you're accepting their use. Read More