The Portuguese banker who used to head Santander in Portugal and who recently got into hot water in the UK over applying a pensions ceiling on his bank’s employees while his own was left unaffected, has issued an alert about Portugal’ s shrinking population in terms of falling birth rates, the problem of the country’s massive public debt (€220Bn-250Bn depending on which figures you look at) and the problem of loan defaults in Portugal’s banking and credit system.
According to the Bank of Portugal, some 17.2% of all loans conceded by banks in Portugal to companies remain unpaid and classed as toxic loans or bad debts. And 17.11% of personal credit is classed as default.
“The country as a whole has to reduce its public debt, but also its total debt” said the banker at a political party event organised by the centre-right CDS-PP in Lisbon called “Hear Portugal (Ouvir Portugal).
Horta Osório presented graphs at the event to show that: “Portugal has recovered significantly” from the crisis of recent years, particularly in terms of reducing unemployment and had grown in economic terms more than Spain or Greece.
However, he warned of the need to reduce the public debt, which “today is still very high” he said at the event attended by CDS-PP leader Assunção Cristas and her predecessor Paulo Portas, one-time deputy prime minister during the PSD/CDS-PP coalition government led by Pedro Passos Coelho.
The banker then warned of the risks that the country faced, among them, the problem of the high level of loans default and Portugal’s total debt which “keeps rising” — from 265% of GDP in 2007 to 293% of GDP last year.
Another challenge was demographic which if not inverted would reduce the population of Portugal to levels not seen since the 1960s.
“The intergenerational issue is very important and should be a concern for all political parties” he said suggesting incentives to raise the birth rate, attract Portuguese émigrés to return to Portugal and to attract highly-qualified foreigners to relocate to Portugal. 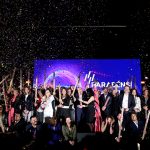 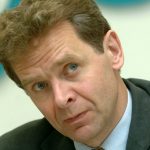 IMF praises “success” of Portugal’s bailout programmeFinance, News
This website uses cookies for a better browsing experience, in continuing browsing you're accepting their use. Read More