A former official auditor has admitted that there was a certain careless approach in granting loans at Caixa Geral de Depósitos.

Addressing a parliamentary inquiry, Oliveira Rego said that afterwards came the crisis and companies were unable to meet their debts resulting in losses for the bank.
He also said that he alerted various administrations to the problems, including the Bank of Portugal and “never even got a reply”.
“There was a certain careless approach in granting loans at Caixa Geral de Depósitos (CGD) and the public bank turned a blind eye because it wanted to compete in the market with the other banks.
“Then came the crisis and companies didn’t have the money to service their debts” and the defaulted loans and losses skyrocketed in the sector”, he said.
Manuel de Oliveira Rego was heard on Tuesday at the parliamentary commission into the lending practices, recapitalisation and management at the bank.
Initially, the CGD chief auditor between 2000 and 2015 began to blame the bank’s losses on the economic crisis.
“Actually this large amount of losses stemmed from the performance of the Portuguese economy. Companies found it more difficult to find the money to pay the interest on the loans,” he said.
“Then there was a time lag between the inability to recover assets and when they appeared on the balance sheets. That is why the €1.760Bn losses appeared in 2016” he noted.
The man who heads Oliveira Rego & Associados admitted that documents that supported the decision to grant the loans supported that careless approach.
He agreed that very often the security given by the clients was not sufficient and were below the 120% cover level.
“We often saw that the guarantees were not adequate” adding that CGD had a lackadaisical attitude because it wasn’t to compete in the credit market.
According to a EY report, the 25 largest bad loans caused losses to the tune of €1.2Bn. 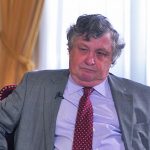 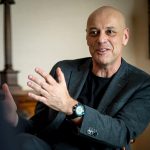 OutSystems invests in Braga office and takes on staffNews, Technology
This website uses cookies for a better browsing experience, in continuing browsing you're accepting their use. Read More