Portugal’s ambassador to London, Manuel Lobo Antunes, said over the weekend that “in hard, cold and rational statistical terms” Britain’s exit from the European Union “doesn’t make sense” while in terms of soft power Portugal is an important force in the world.

Appointed ambassador to St. James in 2016, Manuel Lobo Antunes said in an interview with weekend paper Expresso at the Portuguese ambassador’s London residence in Belgrave Square that from “an ideological and political point of view” he had to accept Brexit.
“The people who voted to leave the European Union felt that it was best for the country in terms of sovereignty, controlling immigration and taking back control. I respect this of course. But from the point of view of a cold, hard analysis I admit that I have some difficulty in understanding how Brexit can make sense” he said.
“As I have got older, I have learnt to become less dogmatic. I cannot say that Brexit will be a disaster, because I cannot be 100% sure. But I think about it a lot. And from a rational point of view, according to all the studies that have been presented, I can’t see that this is the right answer and it will have negative consequences for the United Kingdom.”
The ambassador also appeared on Sky News last week in which he underscored Portugal’s long-standing guarantee that the rights and benefits already existing for the British community in Portugal would be safeguarded providing the same guarantees were offered to Portuguese citizens living and working in the UK. 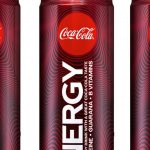 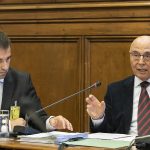 Inquiry points to “careless” approach in Caixa Geral lendingBanks, News
This website uses cookies for a better browsing experience, in continuing browsing you're accepting their use. Read More