Novo Banco in €270 million in credit default and property losses

Novo Banco, the ‘good’ bank created in 2015 from the ashes of failed Banco Espírito Santo, has registered a €270 million loss because of unsold or underperforming property assets on its books and credit default.

The bank, led by António Ramalho is continuing to sell off its portfolio of bad debts and properties in a bid to rid itself of toxic assets.
It still has a shocking black hole of debt worth €25Bn according to the Bank of Portugal.
According to its annual report for 2018 which was published recently, the projects Nata and Viriato generated losses of €110,1 million and €159 million for the bank respectively, totalling €269.1 million.
In the first operation, two parcels of debt were involved: one of €500 million and the other of €1.2Bn of credit default.
The second included the sale of 9000 properties to Anchorage Capital. However, the failure to clear all bad assets off its books has resulted in Novo Banco applying to the Resolution Fund for a capital injection of over €1Bn.
The difference between the price that the assets were registered at and what they were actually sold for led the bank to register a loss of €1.4Bn in 2018.
This year asset sales could bring in around €4Bn to Novo Banco. Among other sales, Novo Banco is looking for buyers for two portfolios of credit default which together exceed €3.5Bn. After this latest “clean-out” the bank is aiming to achieve a credit default ratio of 12%, almost in line with the national average for Portuguese banks (9.4%).
According to data from the Bank of Portugal, total credit default at Novo Banco stands at €25.8Bn. 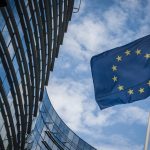 Portugal’s Public Finances still a worry for the EUNews 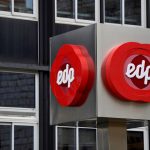 EDP shareholders to vote on China Three Gorges takeoverEnergy, News
This website uses cookies for a better browsing experience, in continuing browsing you're accepting their use. Read More