Portugal grinds to a halt over fuel supply strike

Flights in and out of Portuguese airports threatened to be grounded at midday on Wednesday because of a strike by fuel suppliers.

Humberto Delgado Airport in Lisbon ran out of the aircraft fuel kerosine according to an official source at ANA – Aeroportos de Portugal.
On Monday evening emergency fuel reserves were being used at Faro airport because of the strike.
Contacted by Galp, which heads the GOC consortium that normally supplies Lisbon airport, ANA said that the fuel supplier would not be making any comments for the time being.
ANA admitted on Wednesday morning that it had “not managed to secure the minimal services affected by a national strike conducted by lorry drivers who transport dangerous (toxic and inflammable) substances.
The nationwide strike by lorry and tanker drivers transporting dangerous substances began at midnight on Monday. It was called by the National Union of Drivers transporting Dangerous Materials (SNMMP).
ANA stated on Wednesday that having “not been able to assure minimal services,” the airport (Lisbon) could “suffer disruptions at an operational level.”
Lusa reported on Tuesday that the union expected the airports of Lisbon and Faro to run out of fuel in the afternoon on Tuesday.
According to the union, 40%-50% of filling stations and supplies had already run out of fuel while Prio, a fuel retailer and distributer told Lusa that half of its petrol stations would run dry by Wednesday.
On Tuesday the Government brought the army in to help with civil requisitioning. According to the Government, “The ongoing strike affects the supply of fuels to airports, fire departments and ports, as well as the supply of fuels to public transport and filling stations in Lisbon and Porto.
The strike has been called by the Unions “for an indefinite period” to “claim recognition of drivers of hazardous chemicals as a specific professional category” and are challenging the minimum services set out by the government. 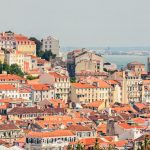 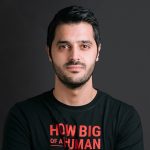 SWORD Health wins US$8 million round from Khosla VenturesNews, Start-Up
This website uses cookies for a better browsing experience, in continuing browsing you're accepting their use. Read More