A Funchal court has given Portuguese State bank Caixa Geral de Depósitos the right to call in a €6.6 million debt from art collector and entrepreneur Joe Berardo.

The ruling was made over a series of loans requested from the bank by the entrepreneur which he needed to buy shares in a private rival bank BCP.
The call-in was instigated by CGD ad the Madeira court has agreed with the bank. Joe Berardo had tried to get the decision suspended but the court has found for the bank.
Metalgest, Joe Barardo’s company, had already given CGD the authorisation to sell his BCP shares to cover the entrepreneurs debts, but the amount gained from the sale was not enough to cover his debts.
CGD explained in court that Metalgest did not have sufficient assets to cover the debt resulting from promissory notes which Berardo had signed after failing to meet the interest payments on the loans he had taken out to buy the shares.
Joe Berardo is claiming he has no assets other than a garage on Madeira while his multi-million modern art collection in the CCB cannot technically be used to pay off the debt.
Berardo is also tied up with another case. Caixa Geral, Novo Banco and BCP have taken out a joint suit against him at a Lisbon court in a bid to recover personal debts and debts contracted by Metalgest and other entities totalling €962 million. 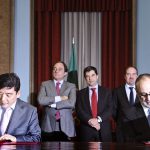 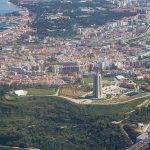