Brown field land assets on the south bank of Lisbon’s Tagus River have received a visit from a diplomatic delegation from the Kingdom of Qatar.

Led by the Qatar ambassador in Portugal and a group of Brazilian business leaders from São Paulo, the guided visit of former industrial sites in Almada was conducted by the redevelopment company Lisbon South Bay (Baía do Tejo) and the Mayor of Almada, Inês Medeiros.
The Qatari and Brazilian delegations also visited other Lisbon South Bay sites including the business parks at Barreiro and Seixal.
The visit was organised by Invest Lisboa in partnership with Baía do Tejo with the aim of presenting investment opportunities as well as advantages and facilities offered on the south bank of the river for companies that want to relocate and set up offices and new industrial projects near Lisbon.
A visit was also made to steelworks factory Lusosider – Aço Planos S.A., an important company with Brazilian capital operating in the area which exports 80% of its production to different parts of the world.
In the case of the Brazilian delegation, Lisbon South Bay and Invest Lisboa were invited to take part in the next editions of the most important business fairs in the State of São Paulo. 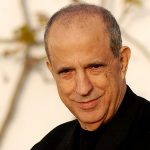 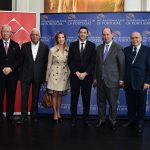 José Mendes at the International Club of PortugalNews
This website uses cookies for a better browsing experience, in continuing browsing you're accepting their use. Read More