A €157 million purchase agreement to buy lands earmarked for a luxury tourism community at Comporta has finally been signed.

Contracts were exchanged to buy two property and land assets which make up Herdade da Comporta which had been owned by a real estate fund managed by Gesfimo.
The foundation of a holding consortium with companies belonging to French entrepreneur Claude Berda and Portuguese businesswoman Paula Amorim was formally approved in November at a meeting of the fund shareholders, but the contract had yet to be signed.
The contract was finally signed today (Monday) at the offices of Deloitte, the auditors who managed the sale.
The deal had been on hold, awaiting the green light from the Portuguese and Swiss justice departments.
The properties had been taken over by official receivers in Luxembourg after the original owners of the development, the Espírito Santo Group, filed for bankruptcy in 2014.
Over the past few months the conditions governing use of infrastructure shared between the real estate fund and Herdade de Comporta had to be defined and agreed. Any issues have now been resolved.
Amorim Luxury (Paula Amorim) and Port Noir Investments (Claude Berda) agreed in November to pay €157.5 million for the assets being managed by Comporta Real Estate Fund.
Amorim Luxury will control 12% of the consortium while Port Noir Investments – which in Portugal owns Vanguard Properties – holds the remaining 88%.
In a 15-year investment period, the first development phase will involve the construction of 52 luxury tourist homes in an investment of €300 million from a total expected investment of €1Bn.
The Herdade da Comporta assets ended up by being less than initially anticipated after the management fund sold off two parcels of land.
The final price was set at €157,526 million compared to the €158,198 initially expected with the two land parcels fetching €671,500 at sale. 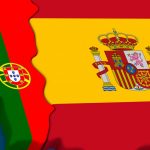 Trade between Spain and Portugal unaffected by political instability in MadridNews, Trade 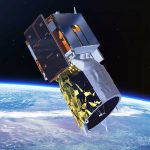 China to launch Portuguese satellite in 2021News, Technology
This website uses cookies for a better browsing experience, in continuing browsing you're accepting their use. Read More