China to launch Portuguese satellite in 2021

China will launch a Portuguese satellite into space in 2021 as part of its participation in the Portuguese-China venture STARlab.

The announcement was made on Saturday during the State-visit of Portuguese President Marcelo Rebelo da Sousa to China to mark 40 years of bi-lateral relations.
In a statement to the Portuguese news agency Lusa, the CEO of the Portuguese aerospace company Tekever, Ricardo Mendes said that: “Chinese involvement in the satellite ‘Infante’ will encompass its launch and the development of some sensors.”
Chinese collaboration in the construction and launch of the earth observation satellite is part of a wider project called STARlab resulting from a partnership between Portuguese and Chinese public and private entities.
Tekever is the lead company heading the consortium of companies and universities behind the development of the ‘Infante’ satellite which will collect maritime data from the Earth’s surface and will cost around €10 million — co-financed by European funds.
If all goes well, it could be the forerunner of a number of new satellites to be built in Portugal.
In October, the institute Instituto de Soldadura e Qualidade (ISQ), which is part of the consortium that built the satellite, announced that the ‘Infante’ would be the precursor of other satellites to be launched by 2025 and focusing on maritime applications.
Created to produce small satellites for ocean observation, the STARlab is currently being set up in Portugal in two sites with the creation of a research centre in Matosinhos at CEiiA – Centro de Engenharia e Desenvolvimento de Produto (another of the Portuguese partners) and which has projects in the maritime security and deep ocean exploration areas.
STARlab will be created as a non-profit making organisation with public Chinese partners and private Portuguese ones.
In November, the Minister of Science, Technology and Higher Education, Manuel Heitor told Lusa that the STARlab would be fully operational by March this year and would have two centres in Portugal – Matosinhos and Peniche. The Peniche option has been dropped — replaced by a facility in Caldas da Rainha.
STARlab will involve a €50 million investment split in two equal parts between Portugal and China, a country with a wide and long experience in building and launching microsatellites. 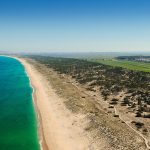 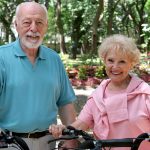 Portugal on the best retirement list for US citizensNews, Tourism
This website uses cookies for a better browsing experience, in continuing browsing you're accepting their use. Read More