Portugal retail up 1.2% in March

Portugal saw retail turnover increase by 1.2% in March, representing an increase of 1.9 percentage points compared to the-0.7% recorded the month before according to the EU’s statistics body Eurostat.

Portugal enjoyed the second highest retail growth in the EU, only lagging behind Lithuania (1.7%) and in front of the UK (1.1%).
The greatest falls in retail sales were experienced by Slovenia (3.1%, Croatia (1.9%) and Austria (0.8%).
Across the board, the turnover of retail trade increased 0.5% in the Eurozone in February 2019. In March 2019, compared to March 2018, the retail sales index increased 1.9% in the Euro Zone and 2.9% in the EU.
Overall retail sales in Portugal grew 3.4% in 2018 with sales of TVs and smartphones leading the way.
In 2018 the retail sector enjoyed a €21Bn turnover with increases in turnover sales in both foodstuffs and non-foodstuffs.
According to the Portuguese Association of Distribution Companies (APED) food retail increased 2.8% to €12Bn while non-food items saw sales shoot up by 4.3%, achieving €8.5Bn last year.
“The population invested more in non-perishable goods areas linked to wellbeing,” says Gonçalo Lobo Xavier in explaining the uptick in sales. 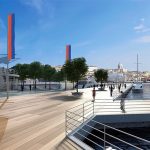 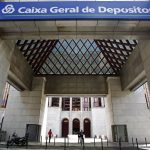 CGD swept debts under the carpetBanks, News
This website uses cookies for a better browsing experience, in continuing browsing you're accepting their use. Read More