CGD swept debts under the carpet

A former Bank of Portugal supervisory director has told a parliamentary inquiry into irresponsible lending at state-owned bank Caixa Geral de Depósitos that the bank suffered “losses that were swept under the carpet.”

José Cunha Pereira, director of supervision at BdP between 2009 and 2010, confirmed when quizzed by the committee that an inspection into Caixa in 2010 was “triggered because it became known that loans had not been paid, were renewed and of interest only loans where the loan capital was not paid off.”
“In this inspection, it came to light that there were losses that had not been recognised at such and that there were also provisions that were not made,” said José Cunha Pereira replying to questions from Portuguese MP João Paulo Correia who quoted Bank of Portugal documents which showed that the supervisor knew about these irregular situations.
Among the situations, the MP referred to a 2010 report which mentioned €3Bn in credit guaranteed by shares covered by just €198 million in provisions.
The document refers to “less than prudent criteria” when calculating impairments and decisions that “hardly ever” had a favourable risk assessment report, cases in which the “economic-financial situation if clients” was “out of date” as well as well as the practice of “serving bank loans “with the share dividends received.”
Pereira also said that when he began working at supervisor in 2009 it was felt that an idea of the extent of impairments was necessary, in particular credit granted on the back of shares and that an inspection needed to be carried out in this area.” 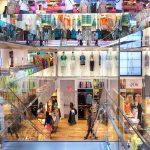 Portugal retail up 1.2% in MarchNews, Retail 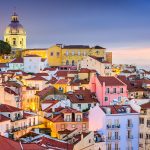