ATMs – Someone has to pay for the service say banks

The row in Portugal about if, who and how much customers should pay for withdrawing cash from cashpoints continued this week.

At the CEO Banking Forum on Wednesday, the President of Banco BPI, Pablo Ferero said that: “someone has to pay for ATM (Automatic Teller Machine) services. “It’s like a mobile phone: if I use a service, I have to pay for it.”
The opinion is shared by the President of Caixa Geral de Depósitos (CGD), Paulo Macedo. “If a service is provided, it has to be paid for. It’s not fair that bank workers are not paid for the services that they offer. That goes for branch employees to those who service the machines system and to say that it is somehow free simply doesn’t exist,” he said at the conference held on 8 May at the business and economics school Nova SBE near Lisbon.
The Portuguese Banking Association (APB) states that at a time when Portugal’s banking sector faces various challenges, from digital transformation to the need to grow more and sustainably, there needed to be a level playing field which is one of the fundamental pillars of the Banking Union.
However, the APB has not presented any proposal to change the law despite the opinion of some presidents of the main Portuguese national banks who argue that customers should be charged a commission fee for operations undertaken at ATMs.
In Portugal the general public use a sophisticated system of ATMs called Multibanco which allow customers of any Portuguese bank to not only withdraw cash, but make cash transfers from one bank to another, from different accounts within the same bank, to pay social security contributions, income tax and VAT payments to the State and pay their utility bills as well as enjoying a whole host of other services including paying for airline and concert tickets.
The Multibanco system, which has been in operation for nearly 30 years, is managed by SIBS Portugal – a leading payment services provider in more than 10 countries in Europe and Africa with a range of payment solutions for business.
Currently, the general public does not pay in Portugal for withdrawals from the Multibanco network with the cost burden shared by all of the national banks which are calling for this to end.
However, the APB admits that Portuguese banks are at a competitive disadvantage compared with other banks within the EU who do charge for ATM services.
In central Lisbon, in areas most frequented by tourists, many of the Multibanco cashpoints have already been replaced with fee-charging ATMs not financed by Portuguese banks. 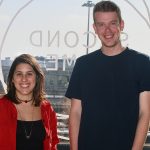 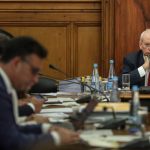 CGD Parliamentary inquiryNews
This website uses cookies for a better browsing experience, in continuing browsing you're accepting their use. Read More