Two international funds tried to buy the Vale do Lobo luxury golf resort after the owners defaulted on bank loans, but state-owned Caixa Geral de Depósitos (CGD) rejected both offers, a parliamentary inquiry into reckless lending at the bank heard this week.
The bank rejected the proposals because it was expecting to receive a “better offer” to buy the luxury Algarve tourist development and its loans that by 2009 had stood at €75 million.
The 50-year-old resort is one of the best in Portugal which today is in a much healthier financial state and has won a plethora of international awards including the Best Golf Resort in Portugal from the Today’s Golfer Travel Awards (2013) and the Best Resort in Portugal at the annual Today’s Golfer Travel Awards (2019). It was founded in 1962 and was the first development of its kind in the Algarve.
At the hearing, Diogo Gaspar Ferreira said that after Vale do Lobo was in default to CGD, the UK fund Moorfield offered €180 million for the resort in 2013, a proposal which the bank rejected.
Prior to that, CGD had received an offer of €160 million from the Kildare Fund which was also turned down.
“If Caixa decided against selling its loans, it is because it was expecting to receive a better offer than the ones offered” he told the inquiry.
The former president of Caixa Bank, Carlos Santos Ferrera, told the inquiry in April that the bank loans that had generated the worst losses for CGD had been approved in 2007 and apportioned blame on “what no one cares now to remember: the financial crisis of 2008.”
The Vale do Lobo loans were sold in 2018 to a restructuring fund ECS founded by António de Sousa, also a former president of Caixa (2000-2004), with CGD maintaining a 30% share in the fund that holds the luxury resort.
“The real losses that Caixa will have will depend on how the fund manages the debts,” said Gaspar Ferreira.
He also said that the financing operation that was designed and approved in 2006 had been “totally in line with the market”.
He blamed the financial crisis from 2008 which meant that Vale do Lobo had been unable to honour its loan repayment commitments in 2009.
From then on the bank (CGD) began to demand interest rates and all of the resort’s revenues which made Vale do Lobo “even more unsustainable”.
“The negative result was a direct consequence of an unpredictable event, unique in history,” he said referring to the international financial crisis, adding that from 2007 Vale do Lobo had paid €100 million to Caixa in interest and repayments.
“If the project had been done 20 years before it would not have defaulted. At this period Portugal suffered two real estate crises, it’s just that the first lasted a year to 18 months; the second crisis lasted five years and resort sales plummeted between 90 and 95%,” he said.
With a total area of 450 hectares and approximately 1,500 residential and holiday properties, Vale do Lobo is a self-contained community offering a wide range of facilities and services in a unique location. 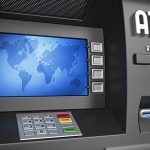 ATMs – Someone has to pay for the service say banksBanks, News 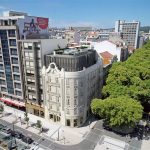 Chinese group invests in República 55News, Property
This website uses cookies for a better browsing experience, in continuing browsing you're accepting their use. Read More