Portugal’s central bank has vetoed slapping commissions on cashpoint withdrawals and other operations on Multibanco ATMs despite mounting pressure from the nation’s banks to introduce them.

According to the Portuguese tabloid daily Correio da Manhã, the Bank of Portugal headed by Carlos Costa does not agree with payment charges from operations undertaken at these automatic dispensers.
The idea of charging customers using the nationwide system of Multibanco ATMs was mooted last week at a conference which included the executives of various banks who agreed that it wasn’t fair that service charges were not being charged for operations carried out on the system.
“Are we in the banking union or in Portugal? In my opinion it doesn’t come down to whether ATM services should be charged or not. It should be that in the banking union the same rules should apply,” said Miguel Maya, CEO of BCP.
In various European countries, operations made at automatic cashpoints have associated costs. “If a service is provided, then there should be commissions”, said Paulo Macedo, CEO of Caixa Geral de Depósitos.
Pedro Castro e Almeida, CEO of Santander said that the in-existence of commission charges “have costs” for the banks.
And the Portuguese Association of Banks says that in most European countries commission is charged for using ATMs.
But in Portugal, the charge on these commissions is prohibited and on the Government’s part legislation will remain unaltered.
The Secretary of State for Consumer Rights, João Torres argued in an interview with TSF radio “I do not expect that the Portuguese Association of Banks will request any change to the law.”
The Association disagrees stating that Portuguese banks are at a competitive disadvantage against most other banks in Europe who do charge commissions and want a level playing field in terms of the rules. 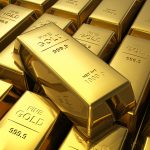 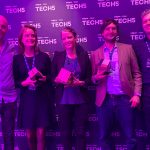 Unbabel voted 3rd best ‘Scaleup’ in EuropeCompanies, News
This website uses cookies for a better browsing experience, in continuing browsing you're accepting their use. Read More