The rising price of gold as a hedge against volatile markets has earned the Bank of Portugal €500 million on its gold reserves.

The gain on the reserves, which have remained unaltered, has been informed by demand from investors seeking a refuge against a negative year on the stock-markets in 2018.
“The investments portfolio (in gold) has remained practically unchanged in terms of the amount of gold held by the bank (382.5 tonnes). The respective value in euros has increased 3%, reflecting the increase in value in gold against the euro”, states a BdP report from the Board of Directors on its activity and accounts for 2018.
The 382.5 tonnes of gold in Central Bank coffers was valued at €13.7Bn at the end of 2018. Since 2014 the value of gold held by the BdP has increased €13.5%.
The value of gold against the euro increased 10.8% in 2018, a year in which world stock markets lost value (in the case of the Portuguese PSI-20 stock-market losses amounted to 12%).
The flight to gold trend was particularly strong in September during a market selloff of shares. Since the start of 2019, gold increased in value by 2.4% despite having temporarily lost value in January (coinciding with a recovery in the price of shares).
The fall in the value in gold was down to the increase in the value of the US dollar against the euro since the price of gold in dollars suffered a 1.1% devaluation compared to 2017.
Despite the BdP not having changed gold deposits, in line with an agreement between the central banks in the Euro Zone, there were transactions.
“In 2018, the bank carried out swaps of gold in exchange for foreign currency with the aim of capitalising on the overall increase in value of its gold reserves”, the BdP states.
According to Forbes, Gold is currently outperforming equities and bonds on the international markets.
As a Store of Value, gold’s biggest attraction as an alternative fiat currency is that it maintains or even appreciates in value consistently and acts as a safe haven during market risk-off periods.
A synchronised global slowdown in the Chinese market and a lack of European and US economic momentum and policy paralysis is reducing demand for growth-sensitive assets like equities and bonds and increasing the allure of gold as a safe haven in uncertain times dominated by trade wars, falling growth and uncertainties over Brexit. 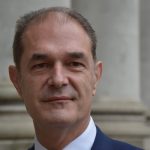 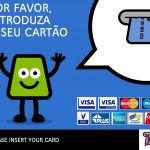 Bank of Portugal vetoes cashpoint chargesBanks, News
This website uses cookies for a better browsing experience, in continuing browsing you're accepting their use. Read More