A Portuguese olive oil brand has just been awarded a gold medal at the International competition ‘World’s Best Olive Oils 2019’ which took place in New York.

Extra Premium CAMB (from the Moura e Barrancos Farming Cooperative) staved off competition from 900 other olive oils from 28 countries around the world to be voted on of the best olive oils in the world.
World’s Best Olive Oils is one of the most prestigious competitions in the field worldwide which brings together on an annual basis olive oils from around the world to be judged by experts.
Henrique Herculano, director of Marketing at CAMB says, “This new recognition has a special importance for our cooperative as it adds weight to the quality of Extra Premium CAMB Virgin Olive Oil as an example of a product we can produce in Portugal and the Alentejo.”
In April this year the select Extra Premium CAMB brand had picked up silver medals at the international competition ‘Olive Japan 2019’ as well as in Paris at the AVPA-Paris competition ‘World Edible Oils Paris 2019 (17th edition of the competition).
Extra Premium CAMB has an initial aroma of grass herbs and green apple leaving a taste of fresh green herbs in the mouth followed by a discreet taste of almond whose velvet texture offsets a slight bitterness with spiced overtones.
The olive oil is perfect for starters, salads, rice or pasta dressings and for grilled meats and fish.
In 2016 the olive oil won a gold medal in Los Angeles, two gold stars from the International Taste & Quality Institute (ITQI )Brussels and an Honorary Mention in Beijing at the ‘International Olive Oil Competition 2016’ as well as over 30 awards, medals and recognitions since 2014.
The co-operative produces, bottles and distributes organic virgin olive oils from olive groves where no chemicals such as fertilisers or pesticides have been used. The oils that are produced and bottled by the Moura and Barrancos Agricultural Cooperative come exclusively from local oil producers in the Alentejo region of Portugal. 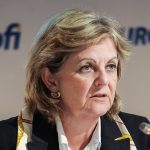 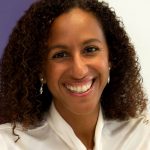 Portuguese sales sector needs to innovateNews
This website uses cookies for a better browsing experience, in continuing browsing you're accepting their use. Read More