The interest rates on Portuguese debt has achieved a new historic low after the ratings agency Fitch increased the country’s outlook to ‘stable’.

It means that the interest paid to investors via bonds on the amount of borrowing the Portuguese government needs to finance its day-to-day operations is at its lowest rate for over a decade.
On Friday Fitch announced that it had raised its outlook on Portuguese debt (the confidence it has that Portugal will be able to honour its borrowing and service its debts) from a ‘positive’ outlook to a ‘stable’ outlook which often precedes an actual rate rise — currently at BBB.
It will be recalled that at the height of the crisis from 2011 the major ratings agencies placed Portugal’s bonds at ‘junk’ status meaning ‘highly speculative and risky’ bonds.
That led to widespread indignation among the Portuguese with cartons and padded envelopes full of refuse being sent to the offices of the agencies in the US and Canada accompanied by insulting notes.
The justification for Fitch’s change of heart is optimism regarding the country’s economy and the forecast from several international bodies (IMF/World Bank Group) that: “Portugal is on track to maintain its current downward trajectory regarding its debt.”
Fitch estimates that the impact of debt on the Portuguese economy will fall to 100% of GDP in 2023. 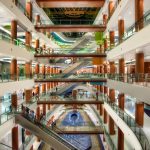 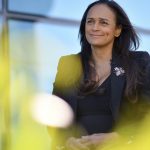 CGD in €125 million reckless lending to Isabel dos SantosBanks, News
This website uses cookies for a better browsing experience, in continuing browsing you're accepting their use. Read More