Portugal’s Visabeira Group, which operates in the hotel, ceramics and crystal glassware sectors, has sold off properties worth €70 million.

The oad is part of its ongoing reorganisation and resource streamlining policy as the group aims to focus more on becoming the largest telecommunications service supplier in Europe in the short to medium terms.
Now, after having sold its health sector business for €22.8 million, it is now looking at “selling off a number of real estate assets that it has in its portfolio” said Nuno Miguel Marques, Visabeira CEO in an interview with Jornal de Negócios.
“We have in our portfolio around €70 million in real estate assets in Portugal to sell,” he said without giving further details.
In 2018, Visabeira bought the British telecoms company MJ Quinn for €35 million under its company Constructel.
Part of the group’s strategy is to grow in the communications network infrastructure market in the UK.
“Naturally, since we are an economic group in a wide range of activity sectors, we are always on the lookout for potential acquisitions which show promise for growth as well as shedding other assets” he added.
As to Visabeira’s stake in Pharol, Nuno Miguel Marques says he intends to keep it and expects it to gain in value.
It’s a stake that we hold with the intention to eventually sell on but we will keep this financial asset in our portfolio for the time being,” he concluded.
Pharol is often overlapped with the telecommunications history in Portugal. It is a holding company specialising in holding shares in companies that operate in the telecommunications sector. 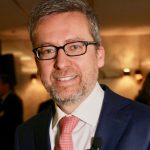 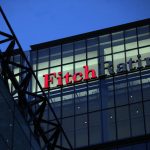 Interest on Portuguese borrowing hits new lowMarkets, News
This website uses cookies for a better browsing experience, in continuing browsing you're accepting their use. Read More