Portugal is less competitive than it was last year according to the IMD World Competitiveness Centre.

It fell six places to occupy 39th place out of 63 countries that were analysed using data collected from the Porto Business School.
Countries that topped the rank in terms of competitiveness included Singapore, Hong Kong and the United States.
Last year Portugal was in 33rd place in the ranking — it has now fallen six places to occupy the same place it had in 2016 and 2017.
Portugal’s best classification was regarding company legislation in which it was in 19th position. This was followed by infrastructures (health and the environment) in which Portugal came in at 21st place.
In terms of overseas trade, one of the economic performance categories, Portugal stood at 26th place.
Yet despite these being among Portugal’s best categories in terms of ranking, it had not improved in these areas on 2018. Then, Portugal was in 16th place in terms of company legislation and 18th in terms of health and the environment (falling three places in each case).
Among Portugal’s main challenges to overcome according to the ranking is reducing its public debt “so as to achieve a permanent surplus and reduce its long term public debt.”
“Achieving significant growth within an international context of restriction and constraints is another of Portugal’s great challenges as well as needing a national strategy for digital transformation to make the country a inter-sectorial reference for innovation and entrepreneurialism for the Portuguese economy,” states the IMD – which in Portugal has partnered with Porto Business School. 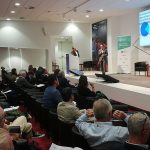 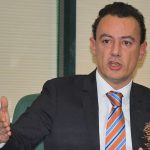 NOS has no issue working with Huawei on 5GNews, Telecoms
This website uses cookies for a better browsing experience, in continuing browsing you're accepting their use. Read More