The Spanish real estate giant Merlin Properties plans to float shares on the Lisbon Stock Market by the end of the year.

The company says the move is part of its strategy to be recognised as a player in the Portuguese property market.
The plan was revealed by the Spanish newspaper Expansion which quotes the company’s CEO Ismael Clemente.
“We are an Iberian company. For us, the Iberian Peninsula is a unique geographic market and we want to be listed on the Lisbon stock market” he said at an event organised by the Spanish Confederation of Directors and Executives.
At the sam event, he also revealed the company’s intention to set up a SIGI (REIT) in Portugal and get Merlin Properties listed on the Portuguese Stock Market by the end of this year.
In Spain, Merlin Properties already is part of Real Estate Investment Trusts which are real estate investment funds that are listed on stock markets.
In Portugal the setting up and operation of REITS (called SIGIs in Portugal) was approved in January by the Government although it is still not known which new funds have been created on the back of the new legal regimen.
Earlier this year Merlin Properties announced that it planned to invest around €1Bn in the Portuguese property market.
In Lisbon the company owns eight office buildings covering a total area of 100,300 m2 as well as two shopping centres and a logistics warehouse.
Merlin has already invested €1Bn in property assets in Portugal and will invest the planned additional €1Bn by 2023. 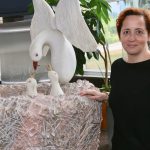 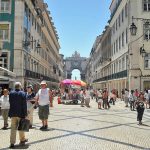 Portugal is the third safest country in the worldInvestment, News
This website uses cookies for a better browsing experience, in continuing browsing you're accepting their use. Read More