CGD restructuring above and beyond Brussels guidelines

State-run bank Caixa Geral de Depósitos says that it will aim to go “above and beyond” the reforms and restructuring guidelines laid down by the European Commission and Central Bank.

The bank, which has been at the centre of a Portuguese parliamentary inquiry in recent weeks over past mis-management, reckless lending and a black of hole of over €1Bn, is currently involved in a major cleanup and overhaul plan to 2020.
That plan is to offload bad debts and non-performing loans (NPL) as well as cutting operational costs as the public bank continues its return from loss to profit with last years figures at €175 million in Q3, €126 million in Q4 and €126 million in the first quarter of 2019.
The Portuguese bank has, like many banks in the country, faced difficulties maintaining healthy revenues in part because of the long-standing financial policy of Mario Draghi at the European Central Bank to maintain interest rates to all-time minimum levels.
It has also had problems drumming up new business because of the impact closing branches and shedding workers has had on customers.
When asked by a leading Lisbon-based national newspaper if the restructuring plan was being achieved mainly on the back of rationalising costs, closing branches, laying off staff, raising bank charges and slashing or cancelling interest paid on deposits, the bank simply stated: “Caixa is meeting the strategic plan approved in 2017.”
The Ministry of Finances took the same line: “CGD has generally achieved the goals that have been set out”.
The European Commission issued an equally short statement: “The progress in meeting its commitments is being monitored by the Commission regarding CGD.”
In 2016, what was then Portugal’s largest bank, struggled to raise €1Bn from private investors as part of a €5Bn recapitalisation package which had been agreed with the EU.
The bank placed €1Bn in subordinated debt with institutions in a move to cleaning up bad loans and problem assets after the bank reported a €250 million losses in the first half of 2016.
One year later, Portugal’s three biggest banks, including CGD as well as Novo Banco and Millennium bcp agreed to set up a private platform to manage loans made to corporate borrowers.
The bad loans arose during Portugal’s recession and the euro zone debt crisis in 2010-2013, but the full extent of Non-Performing Loans at Caixa Geral de Depósitos only emerged in 2019 with revelations based on an Ernst & Young financial report.
The report ultimately revealed that successive managers at the bank had made a series of reckless loans which over-specked an Algarve luxury golf resort and assisted a maverick art collector to buy shares in a rival bank in bid to control it, among others.
The scandal rocked Portugal’s banking world and resulted in a lengthy public inquiry conducted by the Portuguese parliament this year at which many of the leading protagonists in the scandal including former directors and managers from Caixa Geral de Depósitos, a former finance minister, a former resort shareholder and even a former governor of the Bank of Portugal variously said they either had “no recollection” or “couldn’t remember” who had agreed to what, when, with whom and where, or professed that “times were different” and such loans were considered “normal practice” and “good business”.
That “good business” seriously undermined the finances and credibility of what had once been one the most trusted financial institutions in Portugal, leaving it with a string of NPLs worth €1.2Bn secured on the back of poor or nearly worthless paper guarantees. 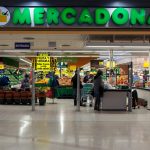 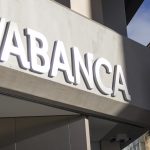 Spain’s Abanca to invest in insuranceNews
This website uses cookies for a better browsing experience, in continuing browsing you're accepting their use. Read More