Spain’s Abanca to invest in insurance

The Spanish bank Abanca, which recently completed the integration of Deutsche Bank branches in Portugal, is now looking at investing in Portugal’s insurance sector.

In 2018, Abanca acquired the private and consumer branches of Deutsche Bank Portugal and announced the appointment of Ana Barros as CEO of Abanca Portugal.
Barros becomes the first person of Portuguese nationality and the third woman to join Abanca’s Board of Directors.
The strategic role that Abanca has for Portugal has also been reflected in the appointment to its Board of Ana Barros on 26 June, the same day that it held its first board meeting in Portugal at which all board members were present, namely the Chairman, Juan Carlos Escotet Rodríguez and the CEO Francisco Botas.
A source told the online news agency ECO that Abanca would be making “a strong investment in insurance in Portugal” and is currently already working with various top ranking companies in the Portuguese market in a open market regime on a number of life and non-life insurance products.
At present, Abanca is selling Commercial, Accident at Work and Fire cover in the companies segment and home multi-risk and payment protection policies in the consumer sectors.
After completing is acquisition of Deutsche bank assets in Portugal, Abanca is now focusing on the private and company banking segments.
Abanca manages a business turnover of €7.3 million in Portugal, €4.0 million in customer funds, €3.2 millions in credit and leads the advisory banking segment in Portugal. It has 70 points of sale in 16 of the 20 districts in Portugal with 79,000 customers.
When it was acquired by the Spanish group last year, Deutsche Bank Portugal had a credit portfolio of €2.4 millions with deposits of €1 million and a further €3.1 million in assets under management. Overall, the business is valued at €6.5 million.
Overall, in Spain and Portugal Abanca made a gross profit of €156 million in Q1 of 2019 with an ROE of 13.5% making it one of the most profitable in the Spanish financial sector with a business turnover of €700 million. 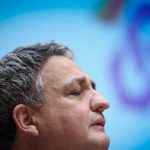 CGD restructuring above and beyond Brussels guidelinesBanks, News 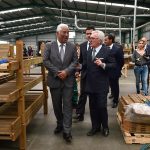