The Amorim family, which made its fortune in cork products, retains its position on Forbes magazine’s top rich list.

With a fortune estimated at €4.1Bn, Maria Fernanda Amorim and family top the list of the wealthiest in Portugal with assets such as Galp Energia and Corticeira Amorim. Also on the top 10 list is supermarket mogul Alexandre Soares dos Santos and hotel magnate Dionísio Pestana.
The Forbes list ranks the 50th richest people in the country – 36 men and 18 women — who collectively represent a fortune of €24Bn, the equivalent of 12% of GDP.
Alexandre Soares dos Santos occupies 2nd place as owner of Jerónimo Martins with a fortune valued at €3.554Bn with assets such as the supermarkets Pingo Doce in Portugal and Biedronka in Poland and Walk’in Clinics.
In 3rd place comes Vítor da Silva Ribeiro & Family whose main assets are Banco Invest, Mundicentre and Alves Ribeiro Construção but nevertheless lost €200 million on 2018.
In 4th place is José Neves of Farfetch thanks to his online fashion clothing company’s floatation on the stock market.
At the age of 45, the founder of the first Portuguese unicorn has a fortune estimated at €1Bn, considerably more than the €689 million from last year.
Dionísio Pestana of the Pestana Hotels Group is in 5th place with a fortune valued at €681 million.
In the following order are: Maria Isabel Martins dos Santos (10% of Francisco Manuel dos Santos – main shareholder of Jerónimo Martins, with a fortune of €574 million; Fernando Figueiredo dos Santos, (cousin of Soares dos Santos) worth €529 million.
At 8th is Luís Amaral (Eurocash and Stock Spirits) with €527 million; 9th Luís Vicente of the Grupo Luís Vicente and owner of Refriango with €525 million.
In 10th position is Luís Portela and family. The founders of Bial entered the Top 10 list this year with an estimated fortune of €502 million. 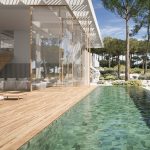 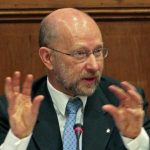