The Portuguese tax authorities lost hundreds of million of euros in lost taxes in 2018 as around €9Bn were transferred to offshore bank accounts in 2018.

Half of the total was transferred to banks in Switzerland and Hong Kong according to data revealed by the Portuguese tax authorities.
The amount revealed by the banks to the tax authorities for 2018 was €8.95Bn, down €1.4Bn transferred the previous year.
The data derives from tax returns from banks submitted up until the last working day of May 2019 and based on Tax Form 38 which refers to transfers of funds to ‘offshores’.
From 2018, banks were obligated to send Form 38 to the AT (Autoridade Tributária e Aduaneira) with data having to be published by the end of June.
Statistics published by the tax authorities reveal 113,875 transfers to a more favourable tax jurisdiction, 11,571 more than in 2017.
The number of bank account holders also increased: in 2017 there were 11,093 while in 2018 the number rose to 13,043.
Of this total, the majority were companies.
The statistics also showed that two offshores represented half of all transfers: Switzerland received €3.35Bn and Hong Kong got €1.24Bn. In total the two countries netted €4.59Bn in 56,514 transfers.
This year the European Union updated its ‘blacklist’ of world offshores which now have American Samoa, Guam, Samoa, Trindade & Tobago and the US Virgin Islands, Aruba, Belize, Bermuda, Fiji, Oman, Dominica, Barbados, Marshall Islands and the United Arab Emirates. These jurisdictions do not cooperate with the EU tax authorities regarding international laws over information exchange and fighting prejudicial tax practices. 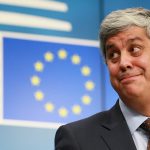 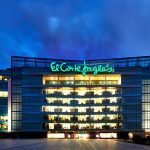 El Corte Inglês to open in PortoNews, Retail
This website uses cookies for a better browsing experience, in continuing browsing you're accepting their use. Read More