In March, the Secretary of State for Finances said the Government would take advantage of the fall in interest rates to a historic low to begin paying off part of the credit owed to the Bailout Fund to the European Union early.
All told, Portugal still owes more than €50Bn to the European Central Bank and European Commission.
Even so, it will not be easy as Portugal’s growth levels have steadily been declining from a 3.1% high in the 1st quarter of 2017 to 1.8% in the first quarter of 2019.
In an interview with the newspaper Público published on Saturday, the Minister of Finance, Mário Centeno was more specific. “The amount of the 1st payment will be around €2Bn and then later on other payments of the same kind will be made.
“This will allow us, given that interest rates for Portugal are so low at the moment, to make savings of over €100 million, which is very significant and crucial when it comes to managing public debt in Portugal” he told Público.
After having paid back the whole €26.3Bn lent by the International Monetary Fund at the end of last year, Portugal still has to pay over €50Bn to official creditors. The country still owes €24.3Bn to the European Stability Mechanism (the bailout fund from the EU), a fund set up in 2010 which was set up for bilateral loans during the financial crisis.
Interest charged on servicing Portuguese public debt remains at historically low levels. On Friday, yields on 10-year Portuguese bonds in the secondary market stood at 0.439% while yields for bonds on shorter periods, such as five-year bonds, have negative interest. 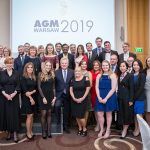 Lisbon to host biggest PR conference in the worldEvents, News 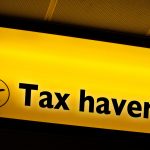 Portugal lost €9Bn to offshore tax havens in 2018News, Tax
This website uses cookies for a better browsing experience, in continuing browsing you're accepting their use. Read More