Portugal managed to have a budget surplus of 0.4% in the first quarter of the year while its public debt stood at 123% of GDP.

According to Eurostat, this number places Portugal in sixth place in the Euro Zone ranking of countries with budget surpluses, but in third place regarding accumulated public debt.
The numbers revealed by Eurostat this Friday show that Portugal joins one of just six EU countries with positive current accounts for the first three months of the year, behind Luxembourg (3.2%), Holland (2.7%), Germany and Malta (both with 2.3%) and Slovenia (0.8%).
In terms of public debt, Portugal recorded a public debt of €250Bn or 123% of GDP. Worse than Portugal is Greece with a debt of 181.9% and Italy with 134% of GDP. On average, national debt in the Euro Zone stood at 85.9% of GDP while in the EU it was 80.7% of GDP.
Estonia is the country with the least public debt (8.1% of GDP) and France has the worst deficit in the Euro Zone (-3.6%) while its debt to GDP stands at around 98%. 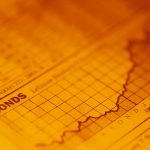 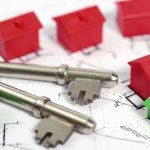 Expected €3Bn in property investment in PortugalNews, Property
This website uses cookies for a better browsing experience, in continuing browsing you're accepting their use. Read More