A Portuguese women’s club set up to create networking opportunities and showcase examples of business leaders who can inspire young women entrepreneurs says that there is still a glass ceiling that needs to be shattered in Portugal.

“We feel the need to call out prejudices that still persist regarding the role of women in the world of business says Sandie Costa, one of the founders of Women in Business Club and who is a director at PwC.
This is why that a little over a year ago the directors of Porto Business School launched a challenge to a group of students to set up a ladies’ club whose main goal was to highlight the importance of equality between the sexes when it comes down to company management practices.
The challenge was accepted and in March last year on International Women’s Day, the Women in Business Club (WIB) was officially launched, “creating networking opportunities and showcasing examples of executives (both women and men) who can be recognised as role models for young women executives.”
“We are convinced that equality between the sexes has a positive impact at various levels: in career paths, team leadership and business management”, says Sandie Costa, adding that there are studies that prove that companies with greater diversity “take more well thought out decisions that are long-term, presenting average economic returns of 3% and above the rest.”
“On the other hand, equality between the sexes favours a “more balanced” risk management while multitasking happens more easier”, she says adding that teams that are more diverse are also more innovative and adapt better to change, which with the rhythm of today’s world is a “distinct advantage,” says the PwC director in an interview with ECO. 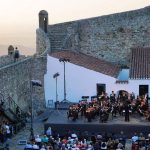 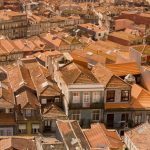 REITS approved by Portuguese ParliamentNews
This website uses cookies for a better browsing experience, in continuing browsing you're accepting their use. Read More