Known as SIGIs in Portugal and SOCIMIs in Spain, it means that Portugal can now welcome investors to boost Portugal’s rental market. The PSD, PS and CDS parties voted for the bill.
REITS in Portugal will be mostly aimed at property for rent (75%). In April the Decree-Law for SIGIs was debated in Parliament with the left wing parties Bloco Esquerda and PCP demanding that the bill be withdrawn.
Both the PS and PSD came up with alterations to the bill and on Friday’s session MPs approved it in a final vote.
The main change to the original document has to do with the way the REITS will operate in Portugal. In original version, it was stated that the goal of REITS was “the acquisition of property rights, surface rights, and other rights with equivalent content covering real estate goods, for rent or for other forms of economic exploration.”
It was this last word that caused disquiet amongst the MPs since it would have enabled companies to invest in any type of real estate activity and ignoring the rental market — which was one of the main objectives identified by the minister of the Economy.
With the changes now approved, the final bill establishes that these funds may only obtain tax advantages when their main activity is the acquisition of properties for rental during a period of not less than three years and that these correspond to not less than 75% of the total value of the portfolio, including “the necessary service provisions for the use of the property such as cleaning, concierge and maintenance services.”
Having rental as its main activity does not mean, however, just the residential market. REITS may also invest in offices and shopping centres, refurbishment and restoration. Furthermore, it must have a subscribed company with share capital worth at least €5 million. 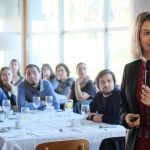 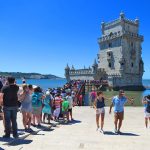 Government launches Tourism Innovation CentreNews
This website uses cookies for a better browsing experience, in continuing browsing you're accepting their use. Read More