The number of consultants in Portugal has mushroomed because of the country’s booming startup sector.

Since 2010, “technical and scientific consultancy services have boomed” going from the sixth to the fourth most important sector that has most contributed towards the growth in the nation’s tax revenues according to the daily newspaper Jornal de Economia.
By the end of 2017 they brought in €488 million compared to just €133 million in 2010 – one year before the Troika came to Portugal.
Activities linked to tourism too have been responsible doubling the nation’s tax revenues over the same period of time.
Activities linked to accommodation and tourism within the group of Small and Medium companies now represent 3.7% of tax revenues in 2017 compared to 2% in 2010. However, its importance to the economy is greater: worth 7.5% of gross added value in 2017.
Consultancy was responsible for one in five euros that came into the treasury in IRC taxes between 2010 and 2017. In other words 20% of the increase in revenues came from this sector.
The label “consultancy” is a broad one, but includes one of the most dynamic areas of the economy in Portugal: information technology, which has attracted various investments in recent years.
“We have been exporting IT services which is a sector that has grown 20% per year for several years,” says Pedro Braz Teixeira from the Portuguese Confederation of Industry (CIP).
Commerce, real estate and industry have also brought in more revenues to State coffers with the transport sector seeing the second largest increase in nominal IRC contributions to €263 million.
Of the sector that fared less well according to tax receipts were communications companies, construction firms and extractive industries. 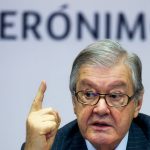 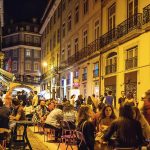 How can Lisbon avoid ending up like Barcelona?News, Original
This website uses cookies for a better browsing experience, in continuing browsing you're accepting their use. Read More