For the next two months the company will be surrounded by Google’s best digital minds after Canine gourmet food company Barkyn was voted a leader startup in Europe by international magazine ‘Wired’.
In August the technology magazine tipped the company as one of “Europe’s 100 Hottest Startups”.
The Portuguese brand distributes food boxes for pets in three European countries and is being supported by Google with training and know-how in Madrid.
Barkyn is the only Portuguese startup that is on Google’s development list and will join the first edition of ‘Google for Startups Growth Lab’.
“For two months we will be surrounded by the best digital minds from Google which will certainly have a huge impact on Barkyn as a leading startup in the European pets market,” says founder André Jordan.
The Portuguese brand has seen its business grow in Portugal, Spain and Italy enjoying an annual growth rate of 300%.
With the pets market growing, particularly in the pet foods segment, the startup founded in 2017 has so far netted revenues of €1.7 million in its first year trading on the market.
This programme in Madrid gives the most promising startups a leg-up through a programme of workshops and mentor sessions with the best Google specialists.
It is growth and expansion focused but it is not the first time that the André Jordan/Ricardo Macedo owned company has been supported by Google. Last year it formed part of the ‘Google for Startups Residency’ programme. 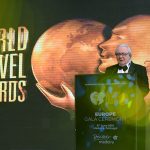 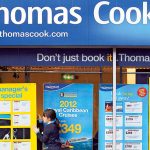 Algarve could lose millions over Thomas Cook collapseNews
This website uses cookies for a better browsing experience, in continuing browsing you're accepting their use. Read More