The collapse of Thomas Cook, which has been described as “the biggest failure ever of a UK package holiday company” and has left around 150,000 British holidaymakers stranded abroad, could also have a “massive impact” on the Algarve’s tourism sector.

According to the Algarve’s hotel association boss Elidérico Viegas, the region could lose “millions of euros”.
“The impact will be huge, massive. Thomas Cook operates in many European countries, especially in the Algarve’s main markets such as the UK but also Germany and Netherlands,” Viegas, president of AHETA, told TSF radio.
As he explained, the collapse means that the Algarve will not only stop welcoming tourists that came here through Thomas Cook but it will also lose the “debt which had been accumulated over the last few months and will affect companies terribly”.
British newspapers report this morning that “last-minute negotiations aimed at saving the 178-year-old holiday firm failed.”
According to the BBC, the UK Civil Aviation Authority (CAA) said the tour operator had “ceased trading with immediate effect”.
Efforts are now underway to bring over 150,000 British “stranded holidaymakers” back home.
Peter Fankhauser, Thomas Cook’s chief executive, said the firm’s collapse was a “matter of profound regret”. Cited by BBC, Fankhauser also apologised to the firm’s “millions of customers, and thousands of employees”.
The tour operator’s failure puts 22,000 jobs at risk worldwide.
It was hoped that Thomas Cook would be able to secure a £900m (over €1 billion) rescue deal led by its largest shareholder Chinese firm Fosun.
But the deal started to fall through following a demand from its banks to raise a further £200 million (around €226 million) in contingency funding.
Says the BBC, “the holiday company spent all of Sunday in talks with lenders trying to secure the additional funding and salvage the deal, but to no avail.”
The UK government was also unable to assist the group.
Thomas Cook has blamed the collapse on a series of issues, including political unrest in destinations such as Turkey, the prolonged heatwave of last summer and the uncertainty surrounding Brexit which led holidaymakers to delay booking their holidays.
Reports The Guardian, the CAA has advised affected holidaymakers to firstly visit http://thomascook.caa.co.uk. For those overseas, the number to call is +44 1753 330 330. The UK Freephone number is 0300 303 2800.
[email protected] 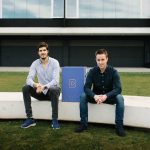 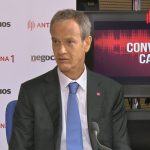 Millennium bcp boss warns of “difficult year”News
This website uses cookies for a better browsing experience, in continuing browsing you're accepting their use. Read More