The bank led by Paulo Macedo will begin charging for MB Way from the end of January after the other major Portuguese banks had already introduced charges for the service. However, CGD says that its own clients will not be charged for transfer using its own mobile application transfer services.
From 25 January the bank will charge a unit cost of 88.4 cents (including stamp duty). Santander Totta began charging its customers from 10 September while BCP and Crédito Agricola took the same decision in June.
BPI was the first Portuguese bank to apply MB Way charges in May. Even so, CGD charges are less than its counterparts. BPI and BCP charge 1.248 for each transfer using the app MB Way. Santander charges a maximum of 93.6 cents while Crédito Agrícola offers the lowest bank transfer charge for MB Way at 93.6 cents.
However, the charges have not been met by universal glee from banks customers with 24,000 consumers having already complained to Deco about the fees
The consumer watchdog Deco has been pressing the Bank of Portugal to fix a maximum commission of 0.2% for each transfer using the application with “clear caps for all costs for all types of payment (cards and online).
In the case of Caixa, customers using its own transfer apps Caixa Direta and Caixa Easy are not charged. There are also some exceptions for Caixa customers who do use MB Way and which meet “the transfer limits defined for each Caixa account.
There are also exceptions for customers using basic package accounts such as Conta Caixa (2,000,000 customers) and customers under 26 years of age.
In the case of Conta S – the most basic bank package – customers enjoy an exemption of four MB Way transfers per month while Conta M customers get five transfers.
Only Conta L clients, which have the most expansive bank package of all, enjoy an illimited number of MB Way bank transfers. 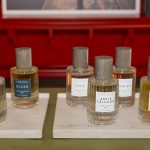 Comporta Perfume bottles to be designed by Vista AlegreNews 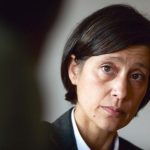 Portugal issues €750 million in 15-year bonds at just 0.49%News
This website uses cookies for a better browsing experience, in continuing browsing you're accepting their use. Read More