The figures from “The Portuguese Banking Sector 1990-2018” published by the Bank of Portugal on Tuesday (´Series Longas do Sector Bancário Português 1990-2018’) which provides as snapshot of at the overall reality of Portugal’s banking sector over the past three decades.
The numbers reveal just how far the national banking sector had to change over that time, going from a one which had a strong presence of nationally owned banks with national capital to today’s Portuguese banking sector which is either nearly wholly owned by multinational banks of overseas origin or state run.
After the world financial and economic crisis which exploded in the US in 2008, followed by the Portuguese sovereign debt crisis which resulted in Portugal seeking financial help from the IMF and its European partners in 2011, this transformation was accelerated by other factors.
These factors included the bankruptcy and winding up of BPN, BES and Banif, the development of technology innovation and European Central Bank monetary policy among others.
If the 1990s and the first five years of the opening decade of this century were years of expansion for the Portuguese banking network, the following decade from 2010 onwards brought a new reality.
Closing branches and cutting staff numbers has continued apace today as the banks seek to be more cost effective, some of which have been forced to restructure their operations to meet European Union regulations.
In 2013 77,706 workers were employed by the banking sector in Portugal, mostly in bank branches up and down the country. By 2017 that number had dropped down to 62,723.
“Since 1990 there was strong growth in the banking sector accompanied by an increase in mergers and fusions in the 1990s, particularly in the period 1995-2000,” states the supervisor.
“The expansion of Portuguese banking spread overseas too, a trend which was inverted due to the financial crisis. From 2012 there was a strong reduction in international activity (…) In recent years there has been a notable reduction in bank workers. Nevertheless, the sector is characterised by a predominance of staff with many years of experience and age,” states the Bank of Portugal.
The Portuguese banking sector at the end of 2018 had a network of 5,204 branches and employed 62,895 workers.
And it was not just Portuguese banks that scaled down their physical operations. This has happened overseas as well and foreign banks operating in Portugal have also downsized. The number of branches in foreign banks in Portugal were slashed by 400 since 2008 to 1,019 branches employing around 15,000 staff. 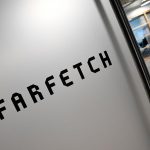 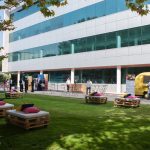 Work for a multinational in Portugal – you’ll earn more!News
This website uses cookies for a better browsing experience, in continuing browsing you're accepting their use. Read More