It climbs +0.2 points, above Slovenia and Saudi Arabia and below Chile, the Czech Republic, Estonia and Italy.
Singapore was ranked the most competitive economy in the world with 84.8 points, followed by the United States in second place with 83.7 points, Hong Kong 83.1 points, the Netherlands with 82.4 points, Switzerland with 82.3 points, Japan (82.3), Germany (81.8), Sweden (81.2) and the UK in 9th place with 81.2.
According to the Portugal Competitiveness Index 2018 from Trading Economics Portugal’s points stagnated between 2010 and 2016 with between 4.47 and 4.54 jumping up to 69.67 in 2017 and 70.2 in 2018.
Portugal was the 34th most competitive nation in the world out of 140 countries ranked in the 2018 edition of the Global Competitiveness Report published by the World Economic Forum. Competitiveness Rank in Portugal averaged 41.15 from 2007 until 2019, reaching an all time high of 51 in 2014 and a record low of 33 in 2017.
In 2019 Portugal’s modest increase of just +0.2 points was not sufficient to move it up in the international competitiveness ranking which covers 141 countries worldwide.
By sector, Portugal’s best classifications were for infrastructure (21st), health (22nd), business dynamism (28th), institutions (30th), innovation capacity (31st) and IT technology and Communication take-up (34th).
On the other hand, macroeconomic stability (62nd), market size (51st), the work market (49th), skills (43rd) and goods market (39th) were prejudicial to the Portuguese economy in the ranking which is based on a survey of companies (150 in the case of Portugal) and algorithms that have taken into account various statistical indicators. 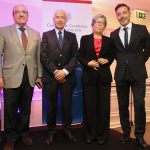 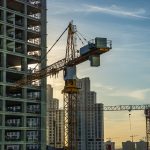