The President of Portugal’s trade and business association CIP says that Portugal has all the conditions for political stability for the next four years following the Socialist victory at the general election on Sunday.

Speaking at a debate organised by the American Chamber of Commerce in Portugal (AmCham) on Tuesday at Lisbon’s Hotel Marriott, António Saraiva of the Business Confederation of Portugal welcomed the victory for the opportunity of continuity it brings but warned that the Government needed to adopt a more friendly posture towards business which generated the country’s growth.
“Unfortunately, this Government has been focused far too much on reinstating salaries (they were frozen during the Troika years) and has done little or almost nothing to help companies.
The President of the CIP stressed that the framework that resulted from the elections and the varied set up of parties in parliament that the ruling PS party can rely on to govern (it did not win an overwhelming majority) meant that the next legislature would be even more stable than the previous one.
According to the business leader, the PS would probably “‘horse trade’ on a matter-for-matter basis with other parties over budgets, reforms and other measures of this, that or the other nature.”
In António Saraiva’s opinion, investment could have been based on other premises with companies enjoying a better climate in which to develop their activities. “This last legislature could have given more than it gave and I hope that it is aware of this complex situation in which we are living with turbulence in the markets, trade wars between the US and China and now the EU and Brexit,” he said. 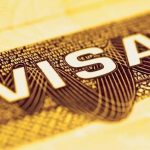 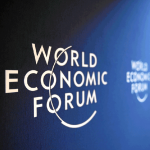 Portugal remains unaltered in Global Competitiveness ReportNews
This website uses cookies for a better browsing experience, in continuing browsing you're accepting their use. Read More