André Jordan, the man considered among the top 12 most influential personalities in tourism worldwide has published his memoirs at the age of 86.

The Polish-Jewish entrepreneur, who has lived in both Brazil and Portugal, dedicated ‘A Journey through Life’ to his family and family members who were victims of the Holocaust which saw 6 million Jews perish in death camps between 1942-1945.
Know for inventing today’s concept of the golf and residential resort in Portugal from the mid-1970s onwards, Jordan was behind such award-winning developments like Quinto do Lago, Vilamoura, Belas Clube de Campo among others.
A visionary in the true sense of the word, the entrepreneur who grew up Poland recalled the screaming noise of the German Stukas in 1939 on the invasion of Poland from where André Francisco Spitzman Jordan fled with his family to Portugal and then on to Brazil in 1944.
The book in Portuguese (It has yet to be translated into English), edited by Almedina and which has already hit Lisbon and Porto bookstores, is dedicated to his maternal grandparents Samuel and Sarah Szerman, his aunt Bronislava (maternal aunt), uncles Maximilian and Wilhelm Spitzman (paternal uncles) and their wives Irene and Eleanora who were “all murdered in the Nazi death camps.”
Bu the book is also a tribute to a small group of his family that did escape the Holocaust, namely his parents Henryk and Fautyna with whom he fled into exile, his sister Mary and cousins Arnold and Anita who were from Lwów (now in Ukraine).
The book is collection of recollections told in the first person where André Jordan (whose original name was Andrzej Franciszek Spitzman Jordan) goes back to his childhood and tells the story of how on the same day September 1, 1939 that the Wehrmacht marched into Poland, his family fled across the border to Bucharest and then on to Vienna, Rome, Paris and Lisbon until they arrived at their final destination Brazil where his father reconstructed his fortune and life.”
At the Cultural Centre of Belém in Lisbon on Wednesday evening leaders from the world of diplomacy (the ambassadors of Brazil, Israel and Poland), real estate and business gathered to pay tribute to a man who has done more than any other single figure to develop the concept of residential golf tourism and luxury tourism in Portugal and has rubbed shoulders with royal families, presidents, prime ministers, artists and musicians (he was best friends with Bossa Nova legend Carlos Jobim).
He touched the audience with stories of how even today he is haunted by nightmare of the German Stuka dive-bombers screeching over the skies as his family fled Poland and later, in the 1960s when he was living in Paris the agony deciding to take a new path in his life to either go to Portugal or to Brazil – both of which would have huge impacts on his life.
At the time he recognised that “Portugal was not a democratic regime” but was softened by the advent of Marcel Caetano who held out the illusion of a smooth transition toward democracy.”
“In Portugal you measured your words and windows of hope were opened” while Brazil was in the midst of the “toughest years of the military dictatorship.”
It was in Paris one morning when residing the paper he sae an international competitive tender for Vilamoura Casino in the Algarve and André Jordan realised the path he should take given that: “Portugal and the Algarve” were starting to change and I needed to be part of this change.”
André Jordan relates in his book how he contacted the banker Arthur Cupertino de Miranda to explain to him his plan for Vilamoura in 1970 which was to create “a very exclusive club marketed overseas as a refuge in the South of Europe.”
The plan was turned down but 25 years later in 1996 Vilamoura fell into his lap, by now a failed resort in a rundown state, which Jordan turned into one of the mot exclusive luxury golf resorts in Europe. And the rest, as they say, is history.
But at Wednesday’s book presentation at the CCB André Jordan reflected not only on the past but also on the future.
He told his audience that mankind had successfully avoided destruction in the wake of the creation of the atomic bomb precisely because it knew that it could never be used.
The same kind of rationale has to be used for robot technology and climate change which concerns him greatly and he feels sure that faced with destruction again, mankind will have the good sense to use technology and natural resources in a sensible and sustainable way and the only way to achieve that, he says, is by broad international consensus.
“When I decided to write a book about my journey through life, the goal was to write down my testimony of nearly one century”, said Jordan.
“What the reader will read is a story of a life lived with love,” he explains, adding that the book focuses on his successes and you as much as his disappointments. 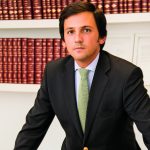 “Property development: Are you brave?”News 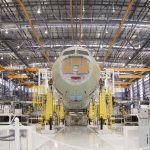