The price of apartments and houses in mainland Portugal have continued to rise by 14.7% according to figures from the index Confidencial Imobiliário.

This was despite a slight slowdown compared to the same period in 2018. According to the Confidencial Imobiliário Residential Price Index for Portugal, in the 2nd Quarter of 2019 there was an average like-for-like price increase of 14.8% which fell back to 1.1% against the peak achieved at the end of the 1st Quarter of 2019.
In quarterly terms, figures for the end of September showed a slowdown in the rate of house price increases, with the 3.2% increase now being seen hovering at 0.7% below the 3.2% recorded for the 2nd Quarter of 2019.
Notwithstanding the slight slowdown by the end of the 3rd Quarter, both in like-for-like terms and on the previous quarter(s), prices are still in line with the kind of growth levels that were seen in a strong upswing in Portugal’s residential housing market seen over the past two years.
During this period which saw the recovery of Portugal’s housing market, house prices on sale have always risen by around 15% in like-for-like terms and over 3.0% in quarterly terms.
The progression of house prices over the past two years was so remarkable that if in September 2017 the market had not recovered from losses from the crisis period (2007-2013), one year later, by September 2018, prices were already 10.6% above pre-crisis levels (2007) and by the end of 2019 this recovery will be +26.9%. 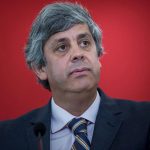 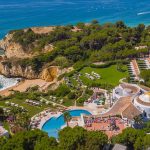 British are still the main resort property buyers in PortugalNews
This website uses cookies for a better browsing experience, in continuing browsing you're accepting their use. Read More