Portugal’s state budget recorded a surplus of €2.5Bn between January and September this year.

The amount represents a €1.2Bn improvement on the same period in 2018 said the Minister of Finances, Mário Centeno on Friday.
The figures were published nine days after the Government informed Brussels that it had achieved the lowest budget for this year, 0.1% of GDP compared with an initial target of 0.2% GDP.
By August Portugal’s public accounts has already shown some signs of improvement when a positive balance of €402 million was announced.
According to the Minister of Finances, tax receipts grew 4.4% in the first nine months of the year with VAT revenues seeing growth of 7.3% while social security receipts rose by 8.7%.
The Minister put the high level of growth down to the good performance in the economy and emphasises that the income from taxes took place “despite cutting the tax rates for various taxes such as IRS (income tax) and ISP (petrol products).
According to a snapshot of the Portuguese State Budget, tax revenues grew by over €1.4Bn in the first nine months of this year while the overall revenues also benefitted from dividends received from the Bank of Portugal paid to the State which poured into coffers in May and dividends from Caixa Geral de Depósitos which were paid out in June. 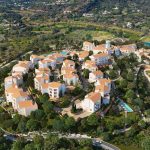 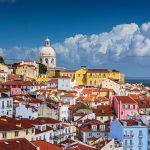 Home prices rose 15% in Q3News
This website uses cookies for a better browsing experience, in continuing browsing you're accepting their use. Read More