Chinese investors have snapped up land once occupied by a shanty town in Oeiras near Lisbon for €14.5 million.

The 10,000 m2 plot of land was owned by Oeiras Municipal Council and the plots of land were finally sold after two failed public auctions in recent months.
There were two interested parties, but it was a Chinese company that came up with the best offer paying €14,5 million.
After a failed attempt on 28 March and another on 9 May, the Council held a third public auction on Wednesday last week and the neighbourhood know as Pedreira dos Húngaros which was for years occupied by some of the largest shanty towns outside of Lisbon, were “snapped up by Índice Plural which is based in Oeiras for €14.5 million, more than €500,000 than the asking price” states the Council.
According to the Municipal Council, “State-owned plots of land have the same value as private plots.”
The Mayor of Oeiras, Isaltino Morais also stated that the Council had always acted in defence of its principles. “The first principle was to sell it at a suitable market price; the second was to do so in a totally open and transparent way.”
Oeiras Council had planned various buildings for this land which are contained in the Detailed Plan for Almarjão drawn up in 1994 to precisely determine what should happen to these plots of land on which the Bairro dos Húngarios stands.
The plan foresees building several high-rise 10-story structures, each with 24 to 28 apartments, with a total of 152 apartments over a 26,000 m2 area.
In addition there are plans for 10,528 m2 of shops, businesses and services as well as 699 parking places.
The plots of land were occupied in the 1950s by Hungarian gypsies — hence the name — but the neighbourhood began to grow from 1974 with a second wave of immigration, this time from Portugal’s then recently lost colonies with 3,000 people from Cape Verde, São Tomé e Príncipe, Guiné-Bissau, Angola and Mozambique.
In all there were 578 tin shanties put up, the last being destroyed in April 2003. 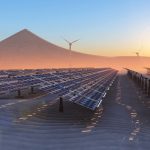 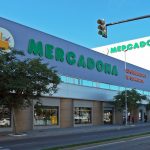