Mercadona, the Spanish mid-price supermarket chain is to open up four more supermarkets in Portugal.

The chosen locations are Ovar, São João da Madeira, Vila Nova de Gaia and Lamaçães, Braga. In all there are 10 supermarkets planned for the Portuguese market in the chain’s Portugal expansion plan.
According to an official document from the Spanish retailer, the Ovar supermarket should be opened on 21 November. Mercadona at São João da Madeira will be launched on 28 November, and the one at Mafamude (the second in the Vila Nova de Gaia district) will open its doors on 3 December.
Last, the Mercadona in Lamaçães, the second in the Braga district, is expected to open on 12 December.
Since the start of July Mercadona has already opened another five supermarkets in the north of Portugal, in the districts of Porto (Vila Nova de Gaia), Matosinhos, Maia and Gondomar) and in Braga (Barcelos). 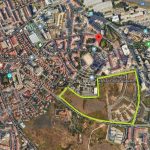 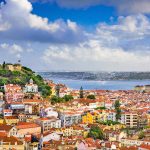 Renting property? The Government could levy more taxNews
This website uses cookies for a better browsing experience, in continuing browsing you're accepting their use. Read More